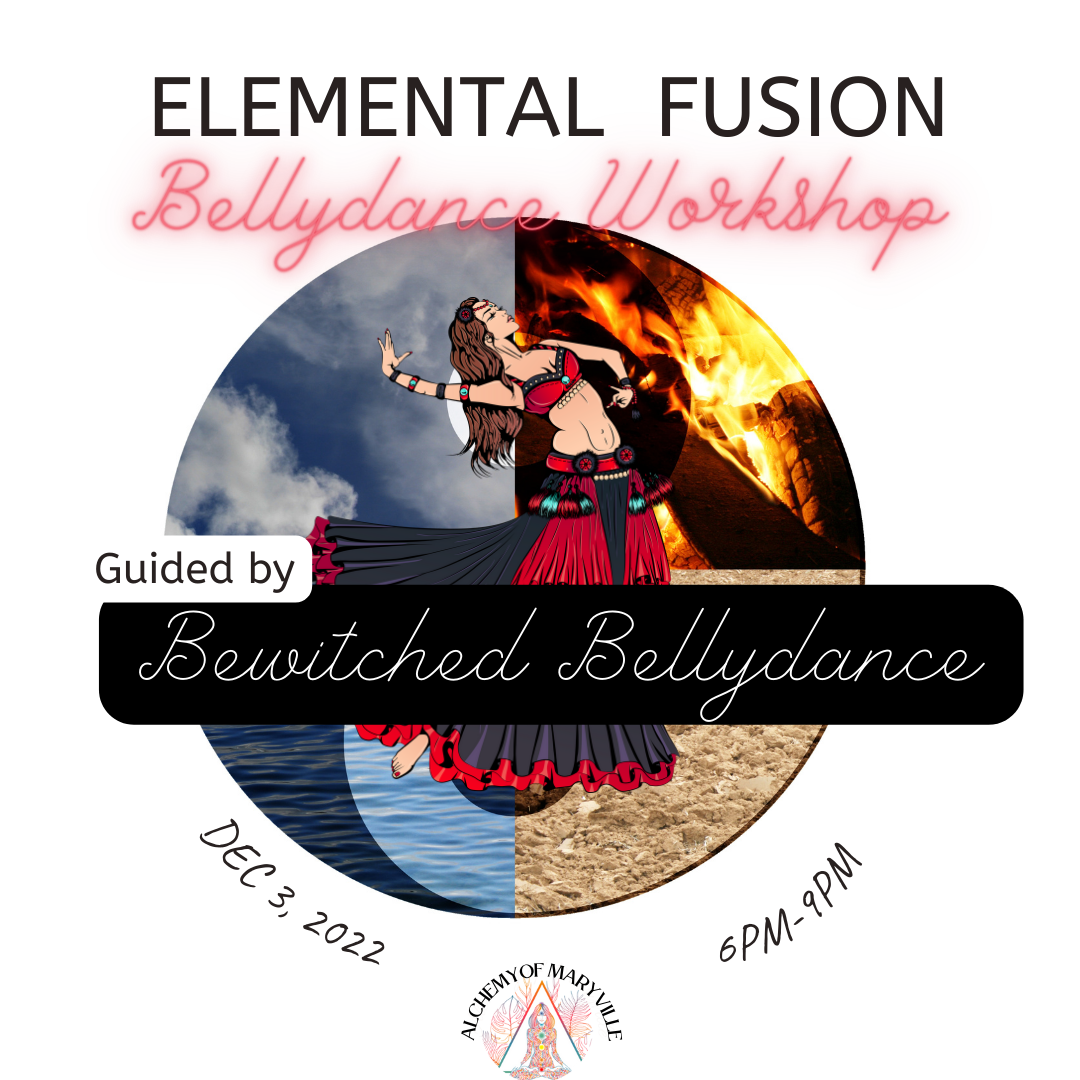 Belly dancing is an ancient way to connect with the feminine essence of beauty and ignite your own sensual side. As one of the oldest forms of dance, the benefits of belly dance are undeniable; Belly Dancing promotes balance, strength, digestion, coordination, and confidence as well as being a fun and highly expressive dance form. This art form has been known to benefit postpartum rehabilitation. Belly dancing is empowering and fun, but its health benefits and rewards are highly underestimated.

Bewitched Bellydance of Knoxville will be our Goddess Hostess. Pamona of Bewitched Belly dance will be teaching Elemental Fusion which incorporates elements of earth, wind, air, and water as a way to feel the natural magic that is the body.

OM Henna Designs will be offering Henna Tattoos to enhance the feminine magic that is to surely ignite the night! 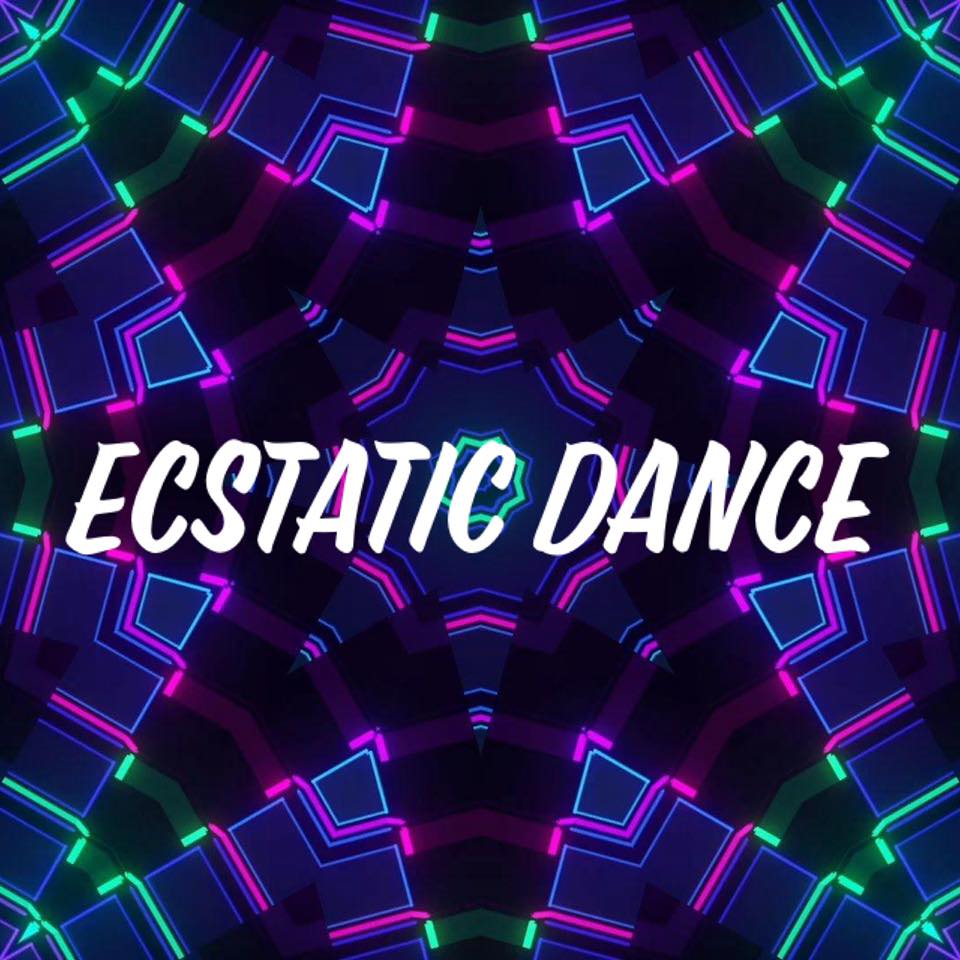 Ecstatic Dance is a freestyle dance that allows for the freedom to express our most authentic Self through dance in a judgment free zone. No partner or dance experience necessary. Light instruction will be given before the dance begins.

What to expect: The dance is done in a softly lit room to music that's a blend of tribal/electronic/trance beats from around the world.

In order to create a sacred space for each person to drop into the experience, we ask that there is NO talking during the dance.

Drinks: we will have a non-alcoholic botanical bar set up serving kava & kratom kocktails. These plant based drinks are known for their ability to promote relaxation and focus; a perfect compliment to dancing. Kocktails: $5

Schedule:
7pm: Doors open/kocktails served
7:30pm: Opening circle (please arrive NO later than 7:15pm/doors will be locked at 7:30pm)
7:45pm: Ecstatic Dance begins
9pm: Closing circle & potluck snacks to follow the dance. Please bring a snack to share if you have it. 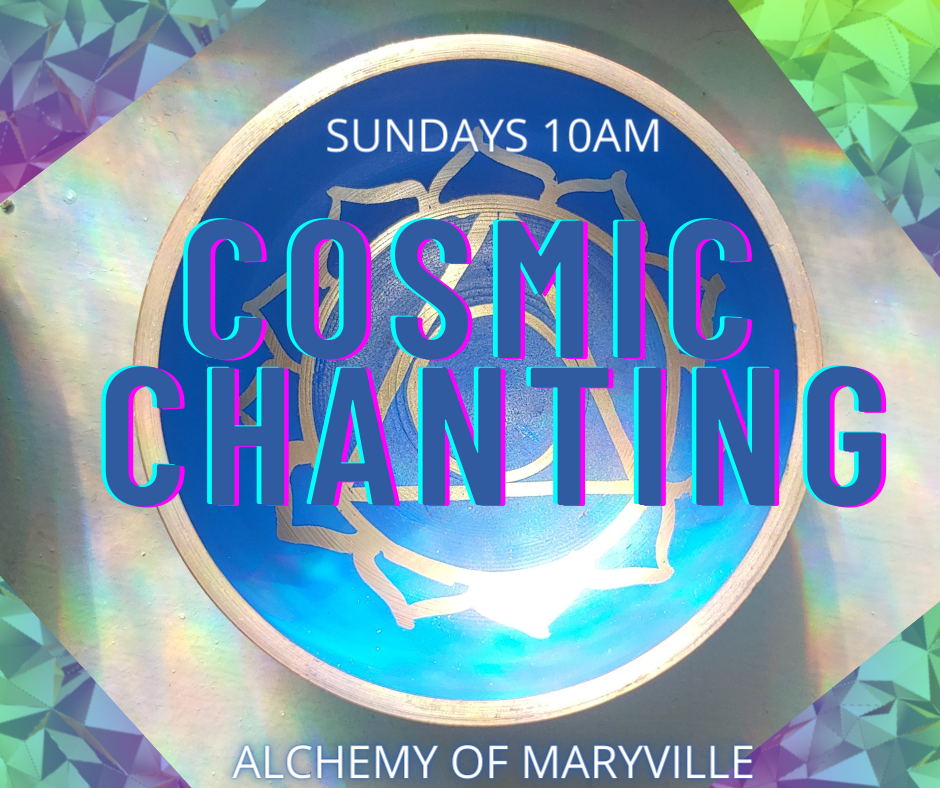 Cosmic Chanting Every 1st & 3rd Sunday at 10am

Get High off your Own Supply!

Singing enriches so much of our well-being. As we sing, our bodies produce Oxytocin. Harvard calls Oxytocin the "Love Hormone"

"Low oxytocin levels have been linked to symptoms of depression, including postpartum depression. Researchers have been studying whether giving oxytocin in a pill or nasal spray might help to ease anxiety and depression, but so far the results have been disappointing. In part, that’s because it’s hard for this hormone to slip across the blood-brain barrier.

A more promising way to boost oxytocin naturally is with exercise. One study noted a jump in oxytocin levels measured in participants’ saliva after high-intensity martial arts training. Music also seems to have the ability to increase oxytocin levels, especially when people sing in a group, which adds the element of bonding"

Every Sunday Morning at 10am.

Scientists agree that we are all composed of energy which is vibrating all of the time. Each atom in your body contains moving particles.

Vibrations are measured in frequencies. People and objects vibrate at different frequencies. It’s even in our language. You may have heard someone characterized as being on a higher frequency than others. This usually means they are lively, full of energy and often very positive. The reverse can also be said of people who are low vibration. They tend to be lethargic, full of woes and have a negative outlook on life.

To maximize your good health, you can use chanting to focus on the frequency to which your body is most attuned. Once you’ve discovered that frequency, you can shift your own energy any time to be at that healthy vibrational level.

Call: (865) 268-9739‍
Thank you! Your submission has been received!
Oops! Something went wrong while submitting the form.
©hot alchemy yoga ALL RIGHTS RESERVED.
Website by: FORTY-SECOND STREET, INC.